Despite multiple dramatic moments for the cameras from the bilateral talks in Anchorage, Alaska, media outlets followed up on the meeting with rather different narratives on the outcome of the talks. 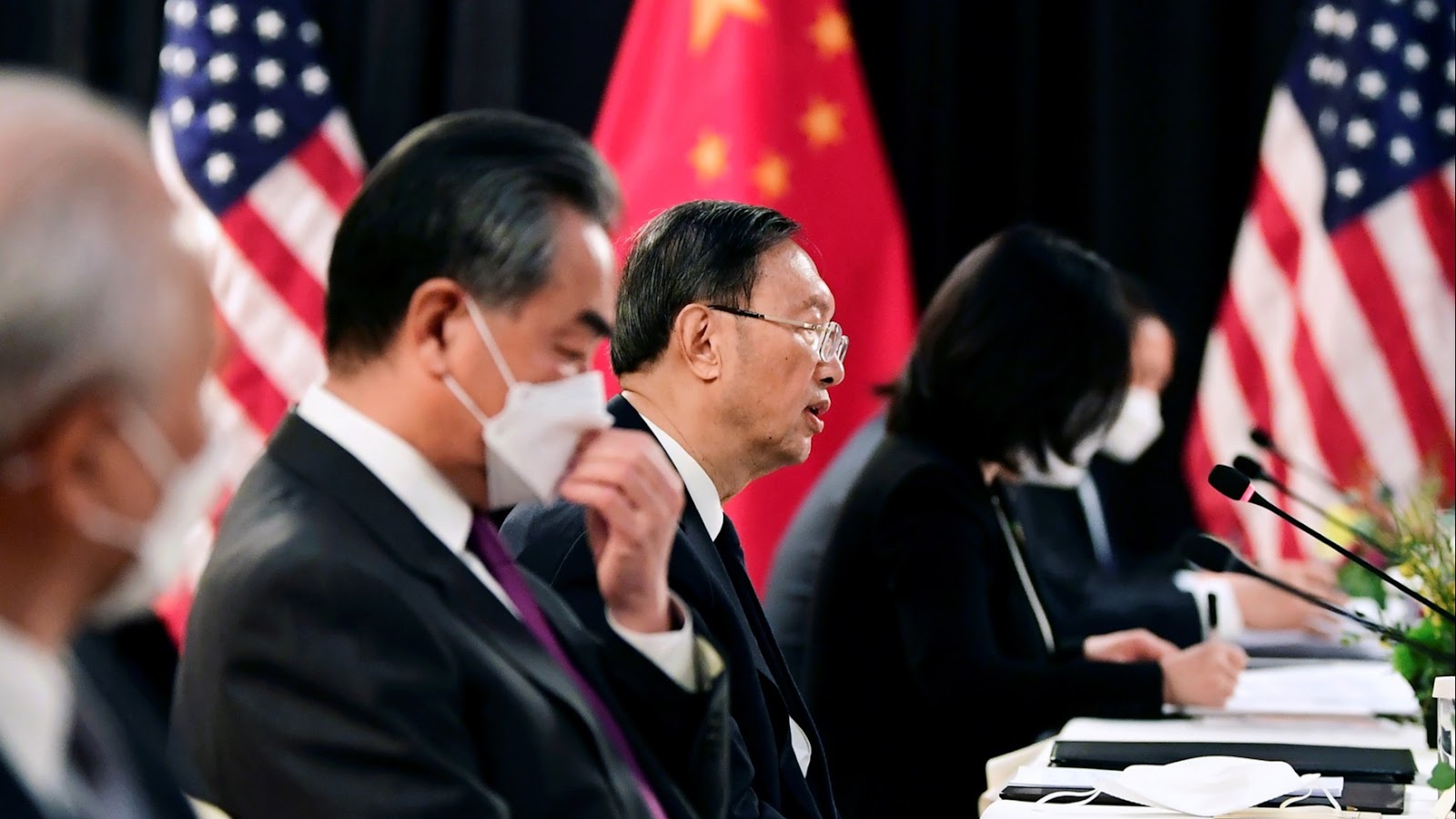 After days of heavy lifting during Sec. Blinken and Sec. Austin’s first international tour through the Asia-Pacific, top diplomats from the US and China met for a two-day high level talks in Anchorage, Alaska on March 18th. The significance of the meet in Alaska was interpreted through bifurcated lenses from Beijing and Washington; as well as the international community covering the talks. Such a rift can be felt during the opening session of the talks, as fiery back and forth between the two sides kicked off the two-day conference.

Since the meeting, narratives from both sides have been spun in all directions. What remains unchanged for both China and the US is that both sides were, as NSA Jake Sullivan would put it, “clear-eyed coming in and clear-eyed coming out”. Coming out of the meeting, it would be fair to say that the relationship of the two nations have decisively and permanently shifted from the decades-old model of engaging and assimilating China, to strategic engagement on an issue-by-issue relationship.

According to the US, “there are a number of areas where we are fundamentally at odds [with China]”. However, senior officials from the Biden administration also noted that once the cameras finally left the room, the parties continued on working through the proposed issues on the agenda. Civil, candid and substantive discussions followed the fireworks display in the opening session. Which included non-proliferation, Iran, North Korea, and keeping each other informed of their approach in dealing with the crisis in Myanmar.

During the meeting, US Secretary of State Blinken defined the relationship with China to be “competitive where it should be, collaborative where it can be, and adversarial where it must be”. These three dynamics show the evolution of US foreign policy towards China, vis a vis the previous US administration—which internalized competition and adversarial attitudes to a fault. Biden’s team is seemingly cognizant of the need for cooperation around certain crucial issues, in lieu of Trump’s going-at-it alone tendencies during the past four years.

On the other hand, China’s state-run media, Xinhua News, fully pushed the narrative that the talks in Alaska went well and concluded with promises to reconvene in the future. Even going as far as to suggest that the two leaders would meet during the US-proposed Leaders’ Climate Summit in April, coinciding with Earth Day.

Whether it is state media or the foreign ministry, the Chinese official narrative of the meeting in Alaska overwhelmingly stated that by the end both sides had accomplished much in an array of areas. These include (1) setting up a joint working group on climate change, (2) reciprocal arrangements for the vaccination of each other’s diplomats and consular officials, and as previously mentioned (3) enhancing communication and coordination on other topics, such as Myanmar and others. The Chinese continuously pushed the phone call between presidents Xi Jinping and Joe Biden over the Lunar New Year last month as the essence of bilateral relations, and often cited the “spirit of the telephone conversation”. It is clear that Beijing wishes to move forward with China-US relations with formalized and official channels of “high-level strategic communication”, similar to past arrangements under the Obama administration. This is something which the US has yet to agree upon.

Ultimately, the exchange in Alaska is a necessary first step towards a more clarified and transparent relationship between the two major powers on the world stage. Even if both countries took the opportunity to air some dirty laundry, the theatrics may often overshadow real-world solutions that are simply much more mundane.